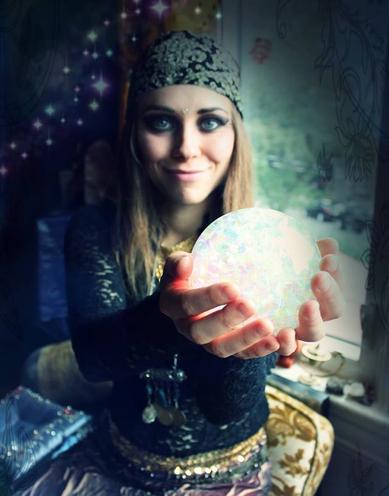 Aleha Darabaka is a multi- disciplinary artist, healer, and oracle reader based in Toronto, Ontario, Canada. As both a Registered Massage Therapist (RMT) and a Reiki Master Teacher, her artistic expression is uniquely influenced by her various healing modalities. Aleha embodies goddess energy through her love of belly dance, modelling, oracle reading, acting, colour and sound therapy.

Aleha was born in Moncton, New Brunswick, where she realized at a young age that she was bestowed with the gifts of clairvoyance, clairaudience, premonitory dreams, empathy, and a vast imagination. She began to explore her intuitive nature by studying tarot at age 17 along with mapping astrological charts at 18. In 2001 she discovered a passion for the Art of Belly Dancing,  which she has pursued by training with numerous teachers including internationally renown artists and performers Hadia and Audra Simmons.

In 2004 Aleha decided to leave Moncton and move to Halifax to further her studies in the performing arts, as well as to study Massage Therapy at ICT Northumberland College. It was at this point she began to explore ways of challenging her creativity and imagination by dressing up in costumes and creating original characters. In 2008, she joined sideshow troupe the “Reverie of the Odd Society”.

Concurrently, she began teaching a series of “Healing Arts” workshops at the Dalhousie Women’s Center, which she has continued teaching throughout Canada over the years. Once she completed her RMT degree (in 2009), as well as having attained the status of Reiki Master Teacher (2010), she decided to see what opportunities awaited her in Toronto in late 2010. Upon settling in, she launched “Keep in Touch Toronto Massage and Holistic Therapies” and joined the theatre company “Frolick”.